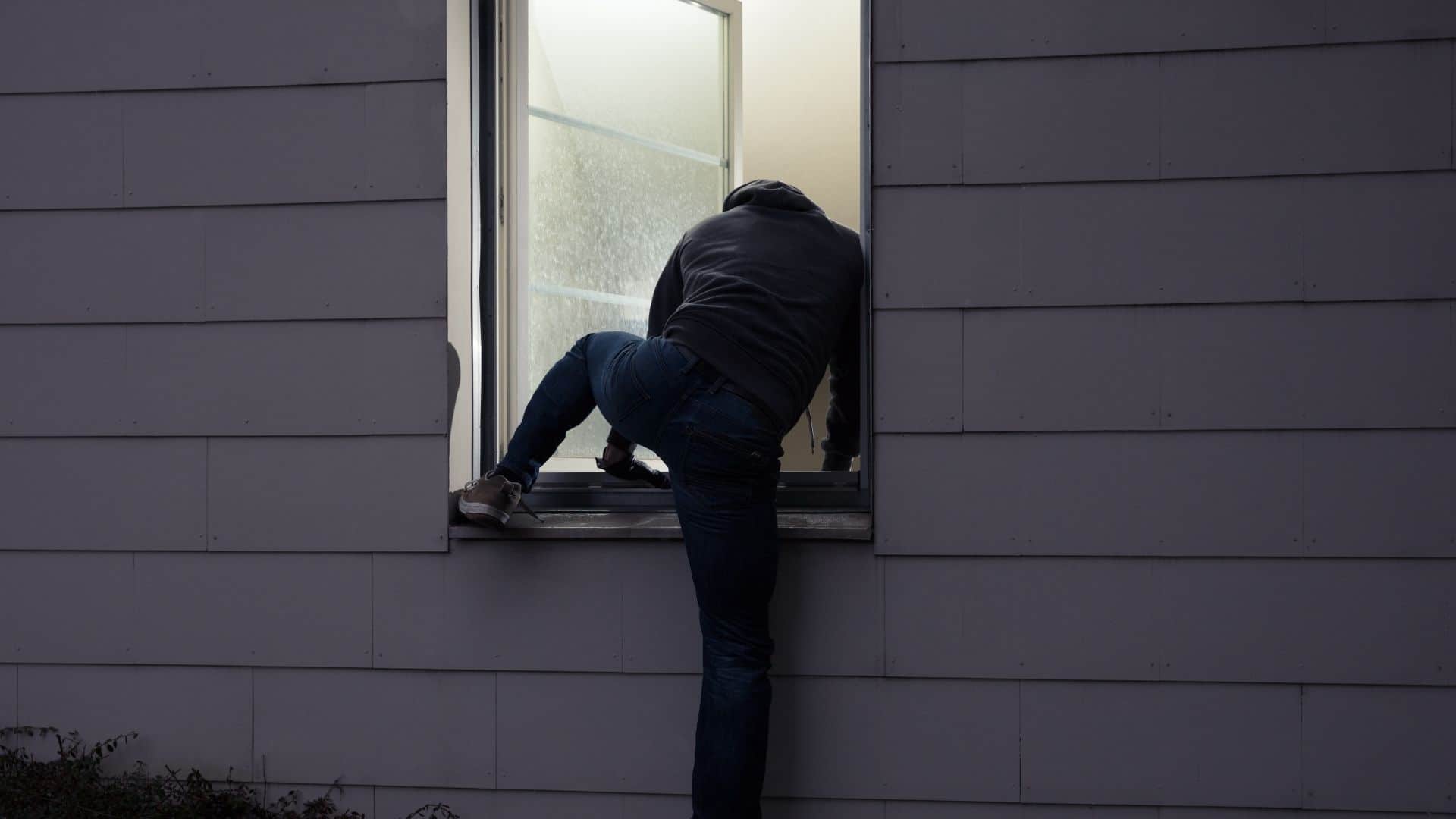 This blog post will cover the issue of how a felon can protect their home.

The simple solution to protecting their home is the obvious answer that many who are not felons take.  That is, to equip their home with legal means of protection.

This would include standard security measures, such as an extra lock, deadbolt, and reliable security alarm.  That is what most citizens do instead of possessing a gun.

For many felons the temptation is probably to have a gun in their home for protection regardless of the law.

Whether or not their conviction was for an offense involving a weapon, even having a gun in their home can result in their being arrested and charged with felony possession of a weapon.

This would result in their return to prison for a rather lengthy sentence.

Having the attitude that they can do what they want “because it’s for a good reason” is typical of the thinking that got them into trouble in the first place.

That mentality is a part of the criminal thinking that accompanied their dishonest lifestyle in the past.

This is something most felons have pledged to put behind them in their quest to live an honest life after serving their sentence.

There are circumstances in which felons can possess a firearm.

An exception to the ban on firearms is through the “affirmative defense of necessity.”

These are exceptions granted in “rare situations.”

The guidelines for this type of exception are to be able to demonstrate five criteria, including:

An important note here is that all five requirements must clearly be met.  If even one criteria is missing this defense will not apply and serious legal problems can result for felons.

In a recent court case, a felon met four of the five guidelines but it was decided they had kept the firearm longer than necessary after the threat had ended.  This resulted in a denial of this defense.

Having Their Record Expunged

One way for felons to once again own a firearm is to have their record expunged.

Most first-time felons can have a felony expunged.

Expungement is granted by the governor of the state where the conviction occurred.

Each state has its own laws regarding felony expungement.  Having legal counsel will be important in this process.  Typically, they must have been out of prison from five to ten years to be eligible.

Recently, a law was passed that would allow felons having lost their rights to own a firearm to be able to have that right restored.

The process depends on whether their felony conviction was from the state or the federal government.

Each state sets its standards for restoring firearm rights.

If the conviction came from the federal court, there is an application procedure to follow.

Another way to have firearm rights restored is by seeking a pardon.

If it is a state pardon, each state sets its own standards for receiving a pardon.

In order to obtain a federal pardon, felons must wait five years after completion of their sentence.  Then they may contact the federal government regarding a pardon (clemency).  They should first seek legal counsel.

For any of these means of receiving their firearms rights, the nature, seriousness, and length of time since their conviction will be considered.

Employment is probably the most challenging aspect of returning to society.  Many felons struggle with finding a job because the stigma of having a felony record deters employers from hiring felons.

There are companies that are willing to give felons a second chance.

Having healthy ties to the community involves having good relationships with their families and friends as well as being involved in community and volunteer work.

Maintaining and documenting that involvement will be valuable to felons wanting to regain firearm rights as well as any other rights.

Attending a re-entry program can aid their case.  Changing friends and hangouts will also be important.

Protecting their home can be accomplished with other means than a firearm.  There are certain weapons that felons can possess that are not considered to be firearms.

These include a knife with a blade not longer than four inches, a muzzleloader, a crossbow, and a pellet gun. There are certain restrictions on owning each of these.

Each state has its own laws regarding each of these weapons.

Felons must obey those guidelines in possessing any type of weapon.

Supporting a Felon in Protecting Their Home

For families of felons who want to protect their home, support them in doing so through legal means.

Be honest with them about the importance of this as part of their commitment to putting their criminal life behind them.

Following safety guidelines in owning any type of weapon as a way of protecting their home will be important.

There is a legal method for protecting their home. Be there for them.  Help them achieve this.

So what do you think about this blog post about a felon can protect their home?  Have you or someone you know been in this situation?  What was that like and were they successful?  Please tell us in the comments below.

4 thoughts on “How Can a Felon Protect Their Home?”