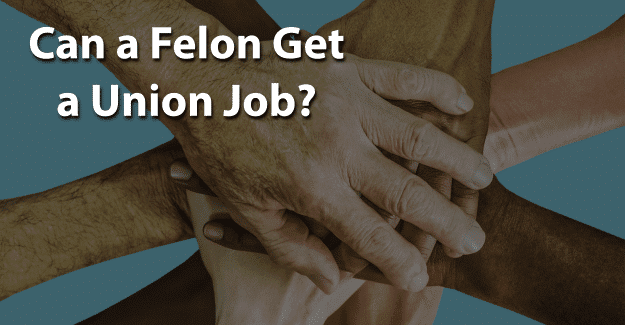 Those convicted of a felony lose a number of their rights, including the right to have certain jobs or receive a license to engage in particular trades. Felons often think no one will hire them, but there are resources available. They may have to be willing to learn a new trade or start a different career.

This blog post will address the issue of whether or not a felon can get a union job.

What is a Labor Union?

A labor union is an organization of workers designed to protect their interests and improve wages, hours, and working conditions. Members pay dues to the union to help cover the costs of these services and benefits. Many different types of workers belong to unions: mechanics, teachers, factory workers, police officers, airline pilots, and doctors.

Industrial unions represent workers in a particular industry, regardless of the workers’ specific occupations, such as transportation or food service. One of the largest industrial unions in the United States is the International Brotherhood of Teamsters. The Teamsters Union is made up of workers in a variety of industrial jobs, including trucking, warehouse, and construction.

The third type of labor union is public employee unions, which represent government workers. Two of the largest labor unions in the United States are public sector unions: The National Education Association (NEA), representing public school employees, and the American Federation of State, County and Municipal Employees (AFSCME) which represents employees in different levels of government.

Benefits of Joining a Union

The main benefit of a labor union is that it gives workers the power to negotiate for more favorable working conditions and other benefits through collective bargaining. There were approximately 14.6 million members of labor unions in the U.S. in 2016, showing that a number of people see the benefits of being in a union.

Union employees also have greater job security. There must be a legitimate cause to fire a union employee, such as evidence of misconduct or poor performance. Non-union workers are usually considered “at-will” employees, meaning they can be fired for any reason like reporting late for work, as long as it is not based on discrimination regarding gender, race or religion.

There are laws that disqualify individuals with certain convictions, but there is no law prohibiting a felon from joining a union. The challenge would be finding a job within a particular union as many place restrictions to uphold the standards set by that union. Examples would be a trade having licensing restrictions like an electrician, plumber, or engineer.

Felons with certain convictions are generally not eligible to work in specific occupations requiring a license and involving union membership. The restrictions on felons typically include those with an offense:

It is important to be honest in filling out an application for a job or when applying for certification, licensing, or a job in a profession covered by a union. If a felony isn’t disclosed but is found on a background check, this constitutes fraud and is punishable. It is a crime to falsify an application, which could result in being sent back to prison.

In order to be successful in getting a union job, it is essential for felons to be honest about their background since they are already viewed with negative perceptions of being dishonest, untrustworthy, and unwilling or unable to follow directions from authority figures.

Having their record expunged can give them the chance they need to begin with a clean record and succeed in getting a union job. Expunging a criminal record allows anyone to honestly state on an application that he or she has not been convicted of a crime.

It is a big challenge, but it might be worth it for a felon wanting to get a union job. Giving him or herself the best chance for success by having his or her record expunged and also documenting any training programs or additional education could make the essential difference.

What do you think about this blog post? Have you or someone you know been in the situation of trying to get a union job with a felony? What was that like for them, and how did they achieve success? Please tell us in the comments below.

3 thoughts on “Can a Felon Get a Union Job?”