Back to all Companies

of surveyed employees said the company does background checks.

of surveyed employees said the company does drug tests.

of surveyed employees said the company does alcohol tests.

Amazon is one of the biggest companies around, with services ranging from online shopping to grocery stores to streaming services.

As an employer, Amazon needs to fill various positions, such as fulfillment warehouse employees, truck drivers, and more.

But knowing a company needs plenty of employees doesn’t mean you know if you’ll get a job offer.

Yes, Amazon will hire a felon. But that’s the bottom line—there are always stipulations in place.

For Amazon to hire ex-felons, they look at what charge is on your record and how long ago it happened.

It also depends on if you’re hired directly by the company or contracted through a staffing agency.

Working at Amazon through a staffing agency depends on the agency’s qualifications.

If they find temporary work for a felon, Amazon will have no problem employing you.

To get hired directly through Amazon, you should do your best to be honest about your past.

There’s no way to keep a felony charge off your criminal background check, so don’t try to hide it.

Be upfront about what happened and how you’ve changed.

If they give you a chance, do the best you can to show them that you’re a dependable employee.

These are usually temporary positions, but if it works out, the company will hire a felon for full-time work.

Amazon has always stated that they won’t discriminate against people with a felony on their criminal record.

Does Amazon Hire You if You Have a Misdemeanor?

Yes, Amazon hires people who have a misdemeanor.

The background check goes back seven years, so if it’s older than that, it might not even show up.

But if it’s currently on your record, the best practice is to be honest about it.

Does Amazon Have Special Programs for Felons?

No, Amazon doesn’t have a special program for felons.

That means a felon can apply for a job along with the general public.

When the background check comes into question, a felon can explain the charges to their potential supervisors.

The government pays them an incentive to hire a felon. Since Amazon is so large, they don’t need this bonus.

They will hire a felon because they want to help people get back on their feet, not for a tax benefit.

No, right now Amazon isn’t one of the companies on the Ban the Box list.

This movement works to provide a fair chance to people who have a past criminal conviction.

However, just because Amazon isn’t part of the Ban the Box list doesn’t mean they discriminate against felons.

When you’re asked about your criminal record, just be honest.

Amazon employees respect people who are honest about their past.

They want to give you a chance to transition back to civilian life, so you shouldn’t feel pressured to lie at this point.

Yes, Amazon runs a background check on all employees.

The company is so big they have to do this as a safety precaution. Their background checks cover:

As long as you’re open about any convictions on your job application, Amazon running a background check shouldn’t be a big deal.

You can talk to the hiring manager about anything that comes up, and they will most likely still offer you a job.

However, if you lie, they’ll most likely deny you a position within the company.

The short answer is yes. Amazon does run a drug screening on their employees.

But there are some jobs where this doesn’t factor in.

If you start as a driver for Amazon Flex, you don’t have to take a drug test.

For this position, you use your own car to make deliveries.

Therefore, you need a clean driving record. If your felony relates to assault or car theft, you can’t get the position.

To work at a Fulfillment Center, you must pass a drug test.

This test is usually a swab test taken after your in-person interview.

Sometimes it’s a urine test requested with little to no notice.

It’s best to abstain from drugs for anywhere from two weeks to one month if you’re going to apply to work at Amazon.

The drug test before you’re hired isn’t the only time Amazon might test you.

They can request random drug tests even after you’re employed.

It’s best to stay clean while you work at Amazon, or you might lose your job.

Amazon interviews applicants for some positions.

If you’re called in for an interview, being honest and prepared to answer all questions will increase your likelihood of getting hired.

People want to feel like they’re hiring a real person, so don’t give them canned answers.

Be honest about your past criminal activity, and you’re more likely to get hired.

Having a background in the position you’re applying for will also help.

Make sure to talk about any experience you have in order fulfillment, delivery driving, or other jobs.

Amazon is a big name, and they want to hire people who are good at what they do.

While Amazon will hire a felon, the type of conviction can make it hard for you to get hired.

For example, a felony that is violent in nature is harder to overlook than others.

It’s also hard to get hired if you have prior convictions such as:

If the crime is in your past and you’re able to prove you’ve grown, you might get the job.

If there’s no repeated instance of the conviction, you might be able to explain it away.

As always, honesty is the best policy. On the application, mark that you have a felony in your past, which is better than lying about it.

You’ll have a chance to explain the charge, which they’ll find through a background check even if you don’t admit to it.

It’s better to be honest about the conviction instead of seeming like you’re trying to cover it up.

Yes, Amazon will hire a felon with burglary charges for certain positions.

You can work in the warehouse with these convictions on your record, but you might not get promoted to a delivery driver or beyond until you’ve proven you’re a trustworthy employee.

They run background checks on all employees, so they’ll see everything on your criminal record.

They’ll judge the convictions depending on how old they are, what you’ve accomplished since then, and the position you’re applying for.

What Matters Most When Applying at Amazon?

If you’re applying for a job you care about, the company will know.

They want to hire someone who wants the position and wants to grow with Amazon and turn the job into a career.

When you apply for a job you’re passionate about, this will come through in your interview.

You can tell the hiring manager what made you want the job and why you’re perfect for it, which gives them an idea about who you are as a person, beyond the skills written on your application.

Even if you have a felony in your background, Amazon might hire you. If you can show dedication to their mission and prove that you’re a reliable employee, you’re in.

Jobs at Amazon That Felons Should Apply For

Amazon has plenty of entry-level jobs that people with a felony conviction can apply for.

You need to be in good shape for this job because it requires heavy lifting.

As long as your felony conviction didn’t relate to theft or fraud, you should be able to get this position.

Delivery drivers are always needed to take packages to the customers.

Anyone who doesn’t have a driving conviction can apply for this job.

Even if you’re not a felon, you need a clean driving record for this position.

Customer service is another big industry at Amazon.

These positions are available online and in retail locations.

As long as you don’t have a violent crime on your record, you’re likely to get this job.

Average Salary for Felons at Amazon

Amazon doesn’t discriminate between a convicted felon and other employees—everyone starts at $15 an hour.

This salary is more than most companies offer, so it’s definitely a good deal for a felon trying to transition back to civilian life.

Tips for Getting Hired at Amazon With a Felony Record

The best tip for getting hired at Amazon with a felony record is to be honest.

The company will run a background check on you and uncover your criminal history anyway, so go ahead and mark on the application that you have a conviction within the past seven years.

Checking that box won’t disqualify you from progressing to the next stage.

If you get to a job interview, you can explain to the hiring manager what happened in your past and how you’ve grown from it.

Amazon is a major company that loves to give people an opportunity with a fair chance business pledge.

What Is the Best Time to Apply at Amazon?

Since Amazon is such a big company, applying through the online portal might not be enough to ensure your application makes it through to the next step.

They always accept applications, but you should follow up if you don’t hear back in a couple of weeks.

Find a phone number or email address for the department where you applied and inquire about your application.

It might seem intimidating to contact someone in person after applying online, but the squeaky wheel gets the grease.

So many people apply to Amazon that information falls through the cracks.

Following up shows hiring managers that you’re serious about the job.

Amazon is a big company that doesn’t discriminate against a felon in the hiring process.

It’s always best to be honest about your past, so acknowledge your convictions on your application.

You’ll get a chance to explain your history in the interview and then can prove you’re a reliable employee as you rise through the ranks at this major organization.

Do you work at Amazon?Help us by answering the following questions:

Please login to leave a review

Looking for more Options? Browse our full list of jobs for felons. 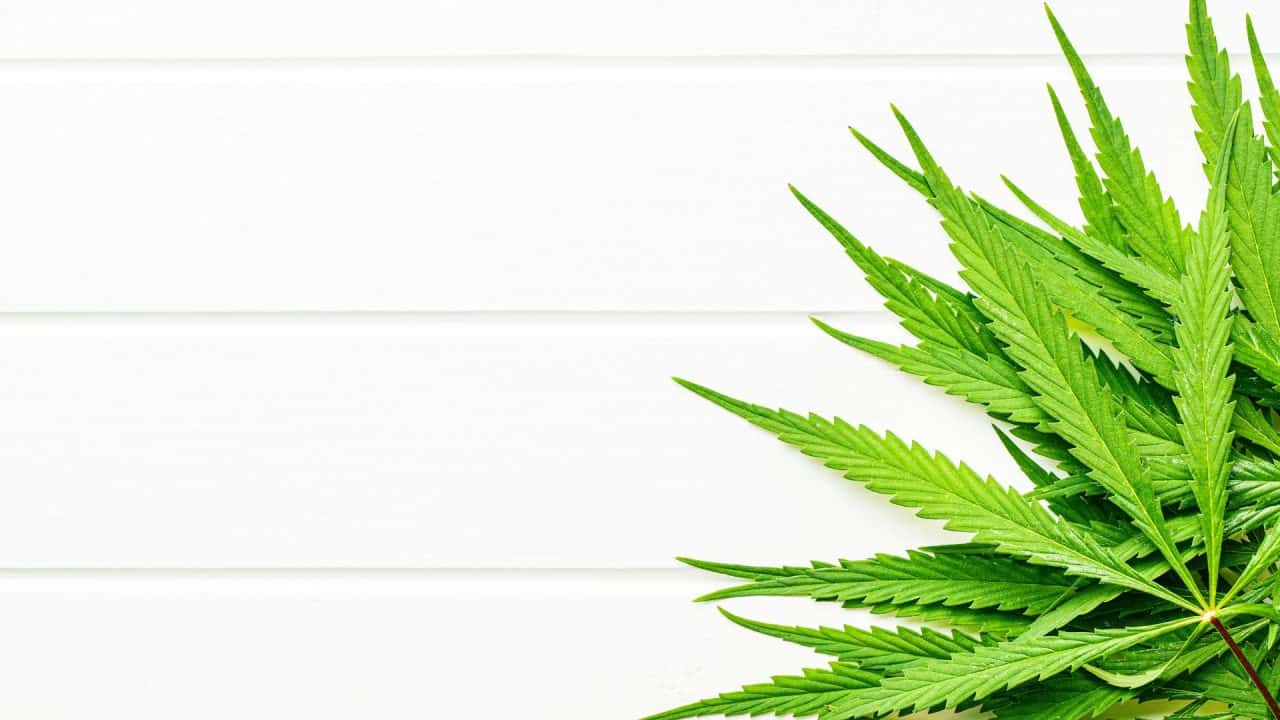 Does Amazon Drug Test For Weed?

Amazon EBT: How to Use an EBT Card on Amazon