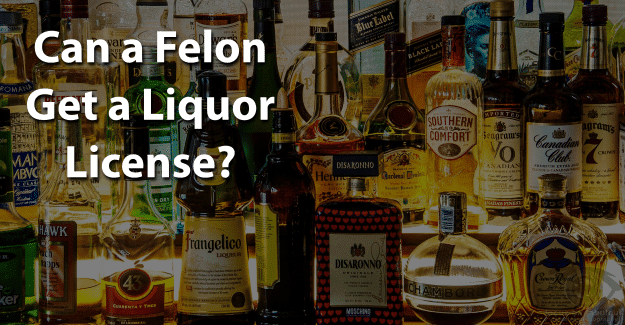 Release from prison is only the first of many challenges for felons, but there are resources available for those that may not believe they can get a job. Those who have hired felons have discovered that they make good employees. Felons with previous experience in the food and drink industry may think of a career there.

This blog post will address the issue of whether or not a felon can get a liquor license.

What is a Liquor License?

A liquor license is a permit to sell or serve alcohol in a public place. Approval for a liquor license is determined at the local level. In some states, the county approves a license; in others, a city decides.

When most people think of a liquor license, they are usually referring to one of the “on-site sales” licenses or permits. On-site licenses are often further subdivided into various categories. The requirements for each license may be different:

What Is a Business License?

The majority of businesses need some type of license and permit from federal and state agencies. Those required depend on the type of business, location, and laws in that state. A federal license is necessary for any business with activities regulated by a federal agency like businesses in agriculture, alcohol, and firearms.

A state license depends on the type of business and location, which may include construction, restaurants, and some retail operations. Contacting the state in which a felon will reside and operate a business is recommended to understand particular licensing requirements.

There are several reasons why a business license is necessary:

A felony will typically not prevent someone from obtaining a business or liquor license. Most applications will ask the applicant to provide details and an explanation related to any criminal conviction. The licensing authority will then investigate the offense and decide whether to issue the alcohol license or not.

A person with a felony conviction must meet the requirements in order to qualify for a liquor license. This section requires a person to be of good moral character, a qualified legal voter, and a taxpayer.

Although licensing requirements differ from one city to another, most require a criminal background check of the applicant. Most applicants must also pass a “moral character” test before being approved for a license.

Many applications ask whether someone has been convicted of a felony, a crime of “moral turpitude,” or crimes such as gambling. Although DUI is not typically specified on an application, if the DUI was a felony, it may prevent approval.

No person may be granted a license if he or she has previously had a license revoked, or has been convicted of a law relating to the manufacture or sale of intoxicating liquor.

Also, the applicant must not have:

Generally, a crime of moral turpitude is cause for further investigation of character and fitness, consisting of:

If a felon applies to obtain an alcohol license, he or she needs to be honest in reporting any conviction. A felony that isn’t disclosed but is discovered on a background check is fraud, punishable by possibly being sent back to prison.

Felons have enough of a challenge, typically being seen as dishonest, untrustworthy, and unwilling or unable to follow directions from authority figures.

Also, a felon should contact an attorney for appropriate legal advice.

Having his or her record expunged can give him or her a clear record and the chance he or she needs to succeed in getting a liquor license. Expunging a criminal record allows anyone to honestly state on an application that he or she has not been convicted of a crime.

It is quite challenging, but it could be worth it for a felon wanting to obtain a liquor license. Giving him or herself the best chance for success by having his or her record expunged could make the critical difference.

Documenting any programs, education, or training he or she has completed will be beneficial. These are positive steps for a felon to take to provide strong evidence of being of “good moral character.”

Having support from family, friends, or even previous employers is essential. Felons don’t have to be defined by their crime. We are not defined by our mistakes but by how we recover from them. They can begin again and live an honest life no matter how challenging it might seem.

What do you think about this blog post? Have you or someone you know been in the situation of trying to get a liquor license with a felony? What was that like for him or her, and how did he or she achieve success?  Please tell us in the comments below.

2 thoughts on “Can a Felon Get a Liquor License?”