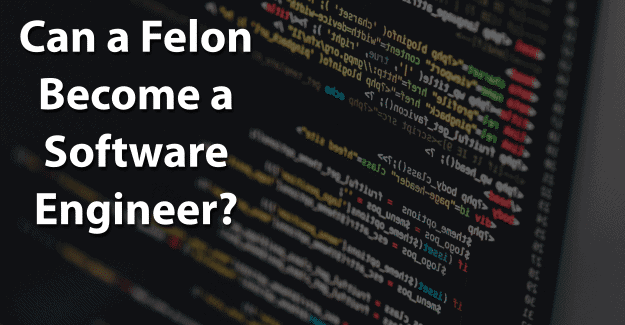 Felons know all too well how difficult life is once they get that conviction. While felons may think no one will hire them after their release, there are resources available.

What is a Software Engineer?

A software engineer oversees the creation of software applications and systems for computers. He or she determines the need for a computer application and designs that software. An engineer makes certain that software is tested and corrected.

Software engineering is the application of engineering principles to computer software, including:

A software engineer can work in the following fields:

A software engineer typically does the following activities:

A successful software engineer must have a number of various skills:

What Education/Training Does a Software Engineer Need?

There are no license requirements for a software engineer, although there are certifications for software engineers through the Institute of Electrical and Electronics Engineers (IEEE) Computer Society.

An associate degree is typically all that is required for an entry-level position as a software engineer. However, many employers prefer candidates with a four-year degree.

Some students complete an internship in addition to a degree program. An internship might last between 8 to 12 weeks.

How Much Does a Software Engineer Earn?

Experience, specialization, and geographic location could have a significant impact on these earnings. Those software engineers working in California, Texas, Georgia, and New York have the highest salaries. Generally, a software engineer on the East or West coast or in the South receives a higher salary than one in other areas.

Employment of software engineers is expected to grow by 24% between 2016 and 2026, which is much faster than the average. The primary reason for the growth is an increase in the demand for new computer software for computers, smart phones, and tablets.

Becoming a software engineer is a possibility for felons.

Computer technology and programming continue to be growing fields and don’t require a license or certification. There are many training opportunities available through universities, community colleges, and trade schools.

Felons also tend to have an easier time getting a job that doesn’t involve direct contact with the public. However, they may still experience limited opportunities finding a software job that includes working with personal records and information along with financial data.

Any felony conviction appearing on a background check could disqualify an individual from being a software engineer.

If a felony isn’t disclosed but is found on a background check, this constitutes fraud and is a punishable crime which would require an attorney and could result in being sent back to prison.

Having their record expunged can give them the chance they need to begin with a clean record and succeed in becoming a software engineer. Expunging a criminal record allows anyone to honestly state on an application that they have not been convicted of a crime.

It may be a difficult road for felons to travel, but how do they do that? The same way they did their time in prison: one day at a time.

They have to give themselves the best chance. Having their record expunged could make a critical difference.

Then, it would be beneficial to document any education or training they have completed since their release. Taking time to develop a strong resume will boost their chances.

Having support from family and friends is essential. We aren’t defined by the mistakes we make but by how we recover from them. A felon doesn’t have to be defined by his or her crime. He or she can begin again and establish an honest life no matter how tough it may seem.

What do you think about this blog post? Have you or someone you know been in the situation of trying to become a software engineer with a felony? What was that like for him or her, and how did he or she achieve success? Please tell us in the comments below.

2 thoughts on “Can a Felon Become a Software Engineer?”